Guide to the Effects of Plastic Pollution in the Ocean 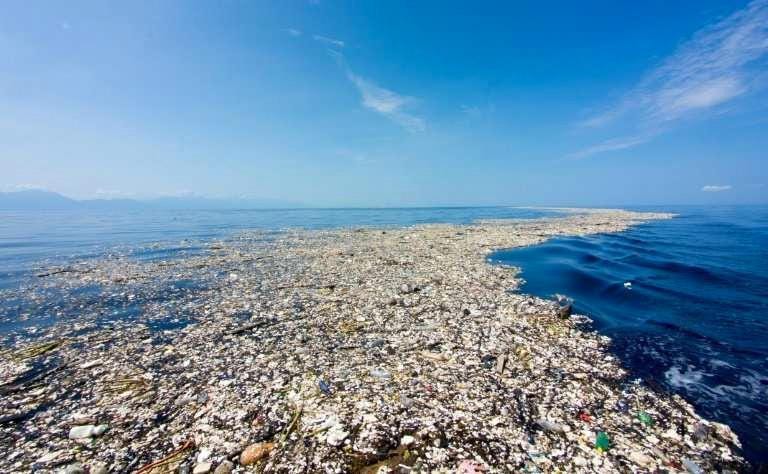 ​It is hard to miss the news reports on television and in the press showing the effects of plastic waste and the amount of plastic debris in the ocean. From single-use plastic bags to fishing nets there is a vast quantity of plastics that end up in the sea. Most people understand that introducing plastic waste into the oceanic ecosystem is harmful. However, not everyone is aware of the devastating impact the plastic problem has already had and is still currently having on both the marine environment and for human health.

There are many issues relating to plastic waste in the ocean and why it is a problem that needs to be tackled globally. In this article we will explore the issues and look at the effects of plastic pollution in the ocean and marine environment.

Effects of Plastic Pollution in the Ocean

When plastic enters the ocean, gyres (a system of rotating ocean currents, tides, and winds) can transport that piece of plastic all over the globe. For example, plastic waste that enters the ocean in Europe can end up on a beach in Asia which is why all countries need to be tackling this issue together since it goes beyond just a local problem.

Fish, sea mammals and sea reptiles such as turtles are also impacted by plastic waste in the ocean. Again, for marine life, entanglement and ingestion are serious issues that can lead to death. The knock-on effect is that longer-term this can impact the overall viability and health of the entire marine ecosystem.

One of the major problems with ocean plastic is that it breaks down slowly. Some pieces of plastic can take hundreds of years to decompose. As plastic breaks down it often turns into smaller particles of plastic, called microplastics, that are even harder to clean up and deal with.

The Effects of Microplastics in the Ocean

What happens to the plastic items when they become marine pollution?

As mentioned, one of the key issues with plastic marine debris is that over time it can degrade into smaller pieces called microplastics. Microplastics are defined as being pieces of plastic under 5mm in size.

These microplastics and microfibers can enter the food chain and also wash up on our beaches and are extremely hard to clean up. Although organizations have been working on ways to filter out this kind of plastic, it is challenging and costly to do so.

Another form of microplastic are microbeads which are small plastic pieces that are often designed for cleaning or cleansing in beauty products. These small plastic beads are made from plastic types such as polyethylene, polypropylene, and polystyrene. Many corporates have removed these from their products having understood the problem that they cause (and due to legislations by governments).

In a number of countries including the UK, US, Canada, NZ and Australia, microbeads have been banned from sale, but as highlighted, plastic contamination in the ocean is a global problem which requires a combined, global effort to address. Sadly, the damage has already been done and these plastic particles have already been introduced into the oceans.

The Problem with Plastic Pollution on Beaches

Anyone who has walked along a beach that has not been litter picked will often notice the quantity of rubbish and waste that is washed up on the shore. Often this waste will consist of flotsam and jetsam from commercial enterprises out at sea such as fisheries, but often you will also find bottles and packaging from household waste.

Unsightly debris on the shore visibly highlights the problem with poor waste management, but it is also only one of the many issues that rubbish has on the overall environment.

Seabirds, sea turtles, seals and other animals that occupy beaches and coastal areas can be harmed by plastic rubbish. From animals being entangled in fishing gear and nets, to ingesting plastic after mistaking it for food, are only two of the issues that plastic pollution in the ocean causes.

The Problem with Plastic on the Ocean Surface

Just as with plastic found on beaches, plastic that is floating on the sea surface can also be problematic. Marine mammals can get tangled in fishing nets and other marine species mistake plastic pieces for food and ingest it. Plastic ingestion can lead to suffocation, starvation, drowning and death.

Plastic on the ocean surface can also contribute to climate change. The reason for this is that with concentrations of plastic on the sea surface, bacteria that live in the oceans can attach themselves to the microplastics. The more plastic, the more bacteria. Since the bacteria consume more oxygen, they also in turn generate more carbon dioxide, which directly contributes to climate change since it upsets the biogeochemical carbon cycle.

The issue of garbage on the ocean surface can be visually dramatic. For example, The Great Pacific Garbage Patch, located between Hawaii and California in the North Pacific Ocean is estimated to be as large as 1.6 million square kilometres in size. While the ocean clean-up has begun in this area, the size and location pose a difficult challenge. However, cleaning up the ocean surface won’t solve the issue of plastic in the ocean. This is because surface plastic is only the beginning when it comes to the plastic problem.

The Impacts of Plastic in the Ocean

A less obvious and visual issue with plastic in the ocean is the plastic waste that either floats within the layers of the sea itself or rests on the seabed.

While marine mammals may die from the effects of ingesting plastic, smaller creatures such as fish and crustaceans can also eat plastic (often microplastics). This is also the case for plankton, a key food source for animals, which resides in the sunlit zone of the ocean.

When mammals and fish predate on smaller animals, if that animal has ingested plastic waste, the plastic is introduced into the larger animal’s digestive organs. Plastic can have long term health issues for animals. In Molluscs there has been evidence of hormonal changes when exposed to plastic.

The wider implication is that since humans also consume fish, crustaceans and shellfish, it means that plastic, chemicals and microplastics are also in the human food chain.

Often these plastics are so small they go undetected and potentially can end even end up in the bloodstream. In a study carried out by a team at the Vrije Universiteit Amsterdam in the Netherlands, polymer particles have been found in 80% of the humans tested.

While the long-term effects of these plastic contaminants are unknown, it is theorized that these plastics could potentially cause cancer and other serious illnesses in humans. The bottom line is that plastic pollution is not only a significant problem for marine life, but it also has the potential to have a negative impact on human health.

Plastic can also have a negative impact on coral reefs, atolls, and biodiversity. It has been found that plastic contamination in coral reefs increases disease 20 fold.

What Causes Plastic Pollution in the Ocean

One question is where does all the plastic and rubbish in the ocean come from in the first place?

The majority of the plastic waste found in the ocean is from land-based household and corporate waste sources. This waste often enters the ocean from the runoff of rivers and waterways.

Often plastic rubbish from single-use plastics such as plastic bags, plastic bottles, straws, and other food packaging that has not been disposed of properly through recycling or in landfills can eventually find themselves in the waterways.

A smaller proportion of the marine plastic waste (but still a significant quantity) is from the fishing industry. Fishing nets and other fishing equipment can end up as ocean pollution and can cause damage to marine animals and habitats.

Of all marine pollution, plastic makes up around 80% of it and this equates to eight to sixteen million metrics tonnes of rubbish that enter the ocean each year. To put that in perspective it is estimated that there are between fifty and seventy-five trillion pieces of plastic in the ocean. This figure is set to increase, without significant intervention by consumers, businesses, and governments around the world to address the issue.

Without significant changes in the way we use and dispose of plastic the long-term future for the environment and oceans is bleak. It is predicted that plastic production will double by 2040 and increase by 2.5 times by 2050.

We are already seeing the effects on biodiversity, ocean habitats and the effects of plastic in the food chain for humans. Without significant intervention in our use and how we deal with the problem of plastic, the situation will only become worse. Without a fundamental shift, plastic waste in the ocean could nearly triple in quantity.

Currently only 20% of the plastic used is estimated to be recycled, leaving 80% of all plastic to have the potential for become a pollutant.

Back in 2017 The United Nations Environment Programme launched the Clean Seas Campaign to reduce problematic and avoidable plastics. Sixty-three countries pledged to support this improvement in plastics management, and while inroads have been made, much more needs to be done.

For the individual concerned about plastic waste and the environment there are a number of minor changes that they can make to support the reduction in plastic pollution in the environment. It may feel like the impact at an individual level is miniscule but if everyone made the same changes it would have a substantial impact.

Individuals can support the reduction in plastic waste by firstly avoiding buying products that use single use plastics, such as plastic water bottles. Another important thing is to ensure that the plastic waste you do produce is properly recycled. Helping to stop plastic from entering the environment is a key aspect of improving the problem with plastic pollution.

For corporates looking to improve their green credentials there are a number of things that can be implemented, and they are not always expensive or incur extra costs. Initiatives include the following:

–   Waste Reduction – Businesses should explore the waste they produce and look at ways that recycling and reducing the materials that they need to operate their business. Even small improvements to waste reduction totals can have an enormous impact over a year.

–   Use Sustainable Materials – If you are a business that either manufacturers or ships products then switching to sustainable materials in your packaging and products can have a massive impact on how much extra plastic product waste is generated.

Plastic Collective work with communities to tackle plastic waste. We supply education programs and provide machinery and training to create sustainable plastic recycling micro-enterprises. We also provide a marketplace for communities to sell the recycled plastic they produce.

To find out more about the effects of plastic pollution in the ocean as well as latest news and info about plastic recycling, clean energy, and the effects of climate change, subscribe to the Plastic Collective newsletter.