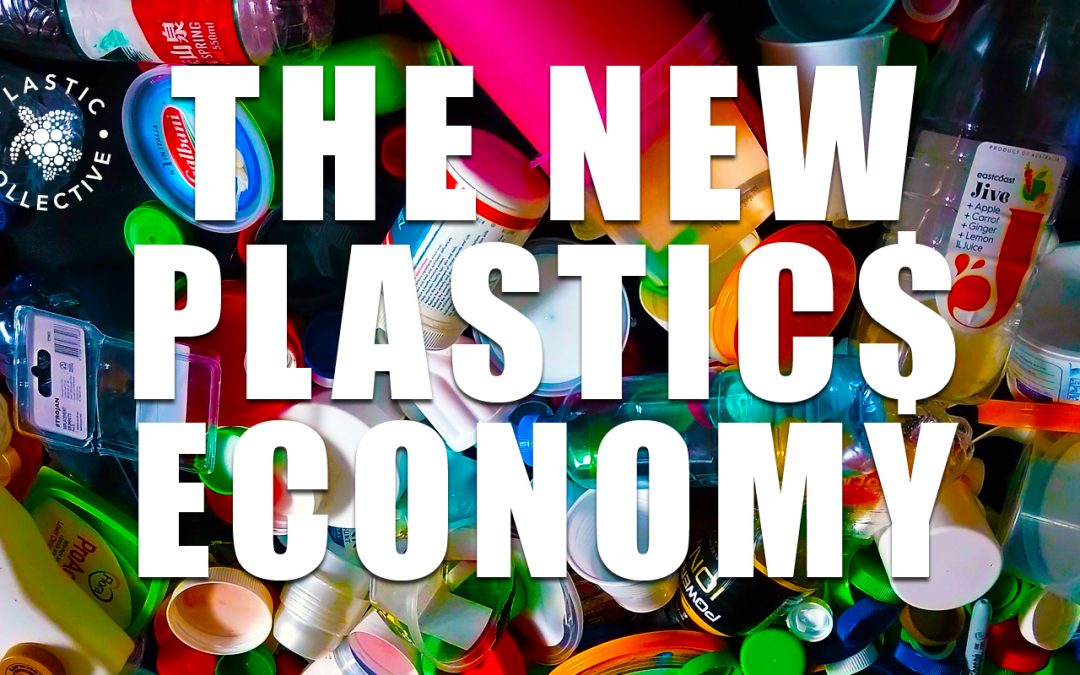 “We cannot solve our problems with the same thinking we used when we created them.” ~ Albert Einstein

The Circular Economy Model – Is it the Answer to the Plastic Crisis?

Understanding plastics is fundamental to creating sustainable solutions for the plastic crisis being faced worldwide. We have been exploring plastics and bioplastics as part of our Understanding Plastics Series to create a foundation to begin addressing the question of how to solve the plastic problem.

Some bioplastics are viable options, helping to lessen plastic pollution and reduce reliance on finite resources, however not all bioplastics are eco-friendly and consumers need to be aware that they are not without limitations and environmental implications at this time. The current environmental cost of production and processing (extensive land use, pollutants, energy consumption, water usage, greenhouse gas and methane emissions) questions the purpose of replacing one type of plastic with another. Will replacement alone significantly impact and reduce the overall plastic problem? While more eco-friendly varieties of bioplastic may, ultimately, play an important role in a more comprehensive solution, they should not be relied on as the only solution. We have the opportunity now to rethink how products are manufactured and consumed and to envision an economy unreliant on disposable packaging in the future.

The behavioural attitude toward ‘discarded materials’ is based on a persistent linear ‘take-make-dispose’ mentality, creating a single-use society reliant on disposable packaging. This attitude has contributed significantly to the global and catastrophic waste problem we face today. As consumers we can effect change by shifting our attitude and changing our purchasing behaviour as part of an overall strategy to reduce waste. By recognising and valuing plastic as a ‘resource’ to be redesigned and reused, we have the opportunity to build a more environmentally sustainable and economically viable ‘circular’ plastic economy that will allow us to leave the unsustainable linear ‘waste’ model behind.‘

In 2005, a young woman sailed solo nonstop around the world, breaking numerous world records. This tenacious adventurer, Ellen Macarthur, would go on to challenge global economics by questioning the current linear consumption model of take, make and dispose by proposing a new economy be adopted, a circular economy for the entire world. She did so with the establishment in 2009 of the Ellen Macarthur Foundation (the Foundation) and the provision of a platform for accelerating the circular economy concept as a ‘framework for an economy that is restorative and regenerative by design’.

In 2012, this short video was viewed 80,000 times in the first week and remains the most popular video on the circular economy to date.

The following year, ‘Towards the Circular Economy’ was presented by Ellen at the World Economic Forum (WEF) as the first global report on this topic, it was then adopted by the European Commission as a manifesto the following year.

Although the circular economy was not a new concept, Ellens’ presentation at the WEF raised significant awareness and enthusiasm across many sectors, inspiring a shift in global economics towards the adoption of its principles environmentally and socially. For the plastics industry, this was particularly relevant, as the majority of plastic is produced from finite, non-renewable petrochemicals mined from the earth (Take), turned into incredibly long lasting products (Make) and used by consumers for approximately 5 minutes before being thrown away (Dispose).

To address the issues facing the plastic industry, The New Plastic Economy: Rethinking the Future of Plastics was launched in 2017. Three clear principles are outlined for adoption by individuals or multinationals to achieve the global goal of reducing plastic consumption and increasing plastic reuse and recycling from the current 14% to 70%. 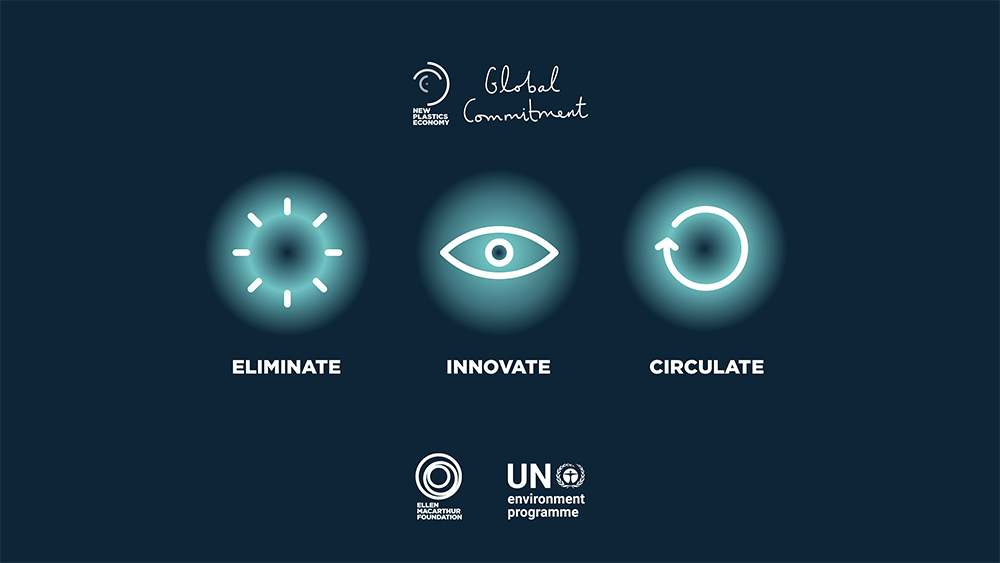 1. Eliminate problem & toxic plastics: Simply refuse or avoid as much as possible plastics that can cause harm. This includes polystyrene #6 PS, PVC #3 (single-use items) and soft plastics. These plastics are typically very difficult to recycle and few places accept them.

2. Substitute innovative types of plastics: Soft plastics is a good example for this ‘substitute’ group. Most soft plastics are currently made from petroleum based Polyethylene (either #2 HDPE or #4 LDPE) and cause the greatest environmental and social harm. Certified compostable and biodegradable products are available, however please refer to our previous ‘Bioplastics – A Better Choice?’ article to ensure you understand the different bioplastics available and the importance of proper disposal when choosing this alternative.

3. Circulate plastics that can be recycled:  Currently, there are three common plastics which are easily recycled – #1 PET, #2 HDPE and #5 PP.  Together these ‘hard’ plastics account for almost 80% of the single-use plastics in circulation. As a conscious consumer, prioritise ‘100% recycled’ bottles or containers when making a purchase. If the option is unavailable, consider ‘recyclable’ which is different. The first has been produced from recycled material, the second can be recycled. This will help support the circular economy industries, reducing the need for new virgin plastics being added to the system and increasing much needed recycling rates.

With over 400 signatories now endorsing the New Plastics Economy Global 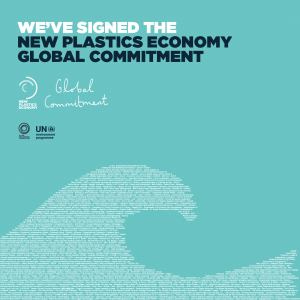 Commitment (including Plastic Collective), companies, organisations and governments are setting targets to achieve the Foundations vision of a circular economy for plastic. The momentum is growing and there is a visible shift from questioning whether a world without plastic pollution is possible to asking ‘what can we do together to make it happen’.

In upcoming articles we’ll share a few of the innovative commitments of global companies acting to reduce their plastic footprint in their bid to adopt and embrace the new plastic economy circular concept.

If you’re interested in more information and some inspirational ideas, visit the Foundation website for excellent resources, including  ‘Reuse – Rethinking Packaging’ (June,2019). This document maps 69 reuse examples and outlines 6 benefits of doing so.

Our purpose at Plastic Collective is to show people how to find value in plastics as a resource, to understand which plastics can be recycled or recovered, and provide solutions to eliminate those which can’t be, thus preventing disposal of plastics. This will create sustainable circular economies which no longer rely on the ‘take-make-dispose’ attitude.