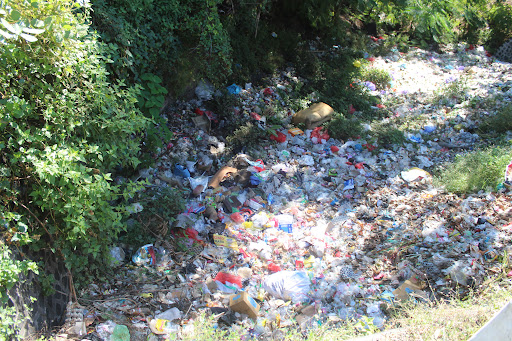 From plastic straws to microbeads contained in body scrubs, it is fair to say that plastic use is widespread. Once hailed as a miracle material that revolutionized the manufacturing industry, time has shown that there are significant downsides to plastic use. From polluting the environment, harming marine life, and impacting global warming and climate change, plastic if far from the miracle material that we once thought.

To understand why plastic pollution affects climate change, the first thing to recognize is that there is not just one reason why the continual use of plastic, and especially single-use plastic, is problematic.

To fully appreciate the impact of plastic on climate change and carbon emissions, it is useful to understand the plastic lifecycle, from sourcing the materials and making plastic, to its use and ultimate disposal. 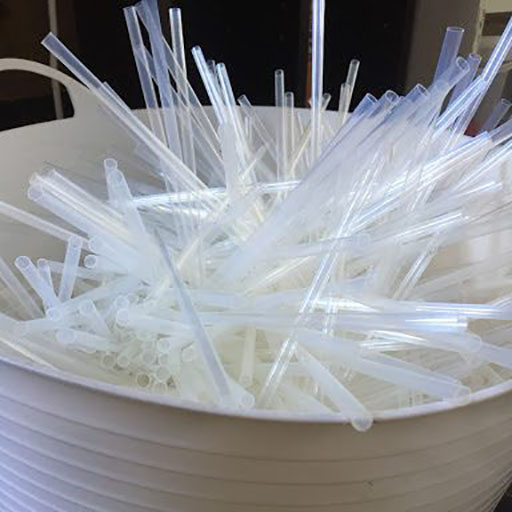 Nearly all the synthetic plastics that we use today are derived from fossil fuels which consist of natural gas, crude oil, or coal.

This means that the materials used in the production of plastic need to be sourced and extracted from the earth by gas and oil drilling and mining for coal in coal plants and mines. These are all intensive activities that directly contribute to climate change. However, this is just the first step of the manufacturing process.

Once these materials have been sourced, they need to be transported through pipelines or via transport hubs and then refined and turned into other products that are used in the manufacture of plastics.

Different plastic types are made using processes such as polymerisation or polycondensation. These processes are used by the petrochemical industry to turn petroleum products into polymers. Finally, once this stage is complete the materials can then be turned into the plastic products that we are familiar with.

Modern bioplastics and compostable plastics are different because they use renewable and sustainable products such as starch, and vegetable fats. While these plastics are better for the environment than conventional plastics as they do not use fossil fuels, single use plastic made from bioplastic and compostable plastic will still use manufacturing resources that contribute to climate change and cause unnecessary waste.

When these plastic types enter the environment and are not disposed of properly, they can still cause issues such as adding to the plastic pollution problem in the oceans.

Although compostable plastic types are biodegradable and the environmental impact of them is reduced, if they are single use plastics, then they will still not help tackle the climate crisis since so much energy and resources are needed to produce them.

Ultimately, since carbon dioxide is released at every stage of the plastic manufacturing process, the plastic industry contributes to greenhouse gas emissions directly and therefore, also to climate change.

Single-use plastic products (SUPPs) are plastic products that are designed to be thrown away. It is often found on food wrappers, plastic bags, and plastic packaging but its use is widespread. Polyethylene (polythene) is one of the main plastics produced for this.

It is fair to say that there is a plastic pollution crisis. Plastic manufacture and its use are still on the increase and although there is a lost more awareness around reducing the use of single use plastics and the use of plastic in general when it is not necessary, not enough has been done to tackle the problem.

The obvious issues with single use plastic simply relate to the endless need for continual manufacturer of this kind of plastic product and the disposal of the plastic itself. There needs to be a shift towards sustainable products and a reduction in the use of single-use plastic and a move to multi-use plastics.

It is also important to work towards building a circular economy for plastics by ensuring that any waste generated can be reused. One way to move towards this is to use old plastics and recycle them and turn them into plastics feedstocks that can be used in the plastics industry to make new plastics. 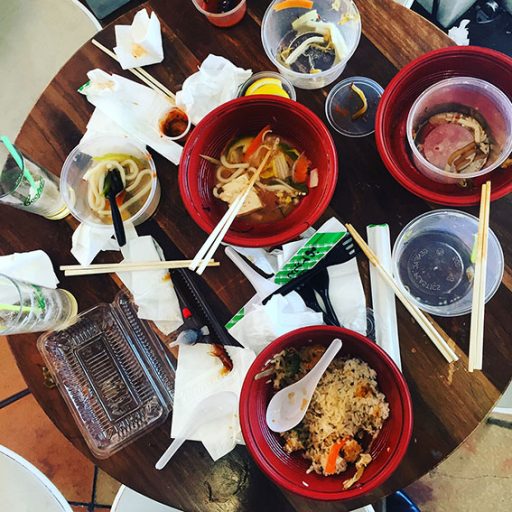 The waste management of plastic products has long been a problem. Burning plastic waste is a source of air pollution that is harmful to human health but also releases toxins and carbon dioxide into the atmosphere that impacts global warming.

Modern incinerators are more efficient and can turn the waste into energy and reduce the pollution released into the environment, but the amount of energy needed to create a piece of single use plastic still negates any benefit from its incineration and use in power plants.

Aside from any benefits derived from efficient, modern incinerators, since these are expensive to build, in many countries plastic waste is still burned in less efficient ways, meaning carbon dioxide is released into the atmosphere.

There have been a lot of improvements in the way traditional plastic waste can be re-used. From turning plastics into energy and even breaking them down to reuse the components in other ways, using modern processes such as pyrolysis, which turns plastic into hydrocarbons, so they can be re-used again.

However, you still need to source the materials to make the plastics in the first place, manufacture it, use it, recycle it, and transport it to the processing plant. All of which use energy, fossil fuels and contribute to climate change. 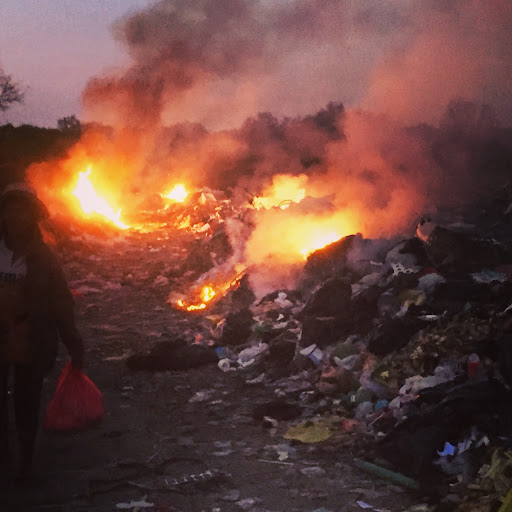 As it can be expensive and difficult to incinerate plastic waste effectively, many countries simply dispose of plastics in landfill dumps. Even if a country has a recycling program, much of the plastic waste that is produced will still end up in a landfill, often due to people simply not recycling the waste at all or because the type of plastic produced is not accepted by recycling companies.

Plastic dumped in landfills can take hundreds of years to break down using a process called photodegradation. Over time, plastic breaks down into methane and ethylene which also contribute to climate change, albeit slowly. Other toxins are also released into the local ecosystems causing ground pollution.

Another problem with landfills is that often materials dumped in them do not always stay where they are left and they can transfer to rivers, streams, and the ocean. Worse still, rubbish is often thrown directly into waterways, and this has a hugely negative impact on the environment.

Millions of metric tons of plastics end up being dumped in the world’s oceans every year. The problem with plastic in the ocean, for the most part, is its impact on the well-being of marine life, but it is thought that the problem might even have a knock-on effect on climate change. 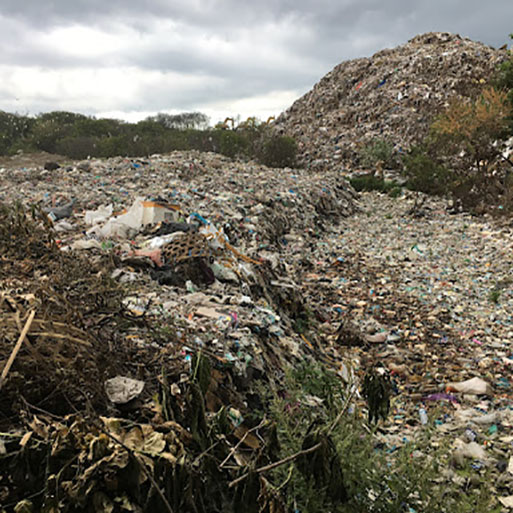 Microplastics are plastics that are classified as being under 5mm in size. These often come from either plastics that are breaking down into smaller pieces or from manufactured plastics, such as microbeads, as used in the cosmetics industry.

In the oceans, plastics have entered the food chain, and this includes microplastics. Aside from killing wildlife and the potential long-term health problems this might cause to all animal life including humans, it has been surmised that microplastic pollution can also have an impact on climate change directly. How is this possible?

The oceans are classified as a carbon sink. A carbon sink can be defined as something which absorbs more carbon than it produces. In fact, the oceans take around half of the carbon dioxide gas that humans produce, and it is then stored at the bottom of the ocean depths.

One of the marine creatures that consume algae is Salp (plankton) which are a key contributor to helping carbon waste to be deposited on the ocean floor. It is thought that microplastics are interfering with this process and because of this, less of the carbon is making it to the bottom of the sea, and instead is being released into the atmosphere instead. More research is being carried out to understand this process, but the initial research implies that this is yet another way that plastics are contributing to climate change. 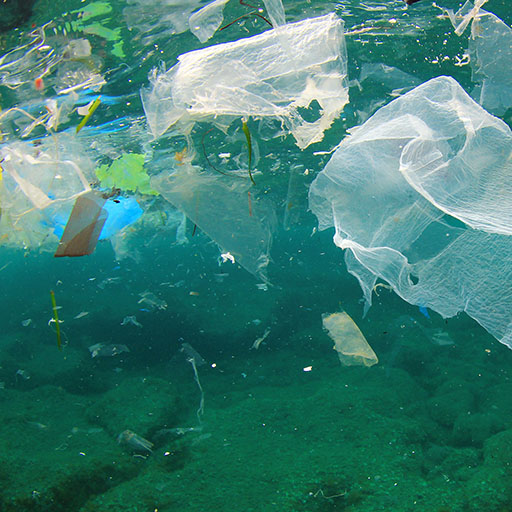 Unfortunately, without a shift in mentality or further changes in governmental legislation there is little incentive for manufacturers, suppliers, and consumers to change the way they use plastic. The sad fact is that plastic waste isn’t going away any time soon.

In the interim organizations such as Plastic Collective work with communities around the world to help reduce the problem of plastic waste in the environment.

Plastic Collective work by inspiring and helping create community projects, that collect and process plastic waste, to then turn it into materials that can be re-used. Not only does this reduce plastic waste in the environment, but it also supports communities in the process.